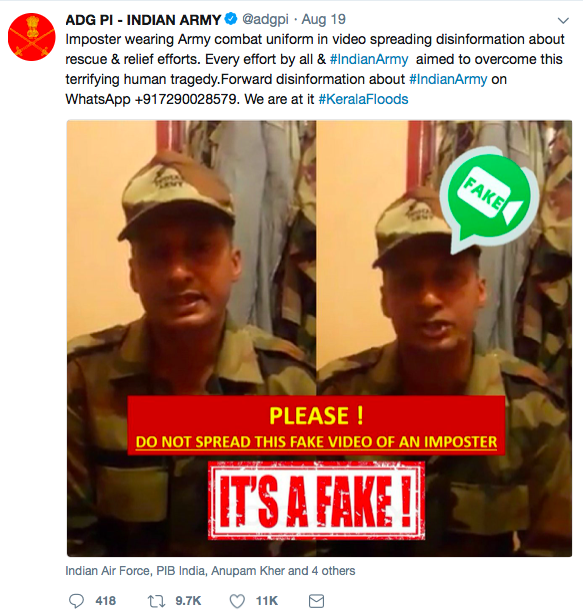 Having killed at least 370 people, displaced 780,000 and caused ₹ 50,000 crore worth of damage, this is the worst flood Kerala has witnessed in nearly a century, while the entire country has united to support the releif works, one video in particular has become viral and is being widely shared on various social platforms, here a guy dressed up in an Army combat uniform is seen alleging that how Kerala Chief Minister Pinarayi Vijayan is obstructing the Army from undertaking the rescue operations in Chengannur which also happens to be one of the worst affected areas.
in a two minute thirty second video he states “I am addressing the Kerala CM Pinarayi Vijayan. Why do you have so much animosity towards the Indian army? Is it because your minister Kodiyeri Balakrishnan doesn’t want the army to come to your state? Thousands are stranded in Chengannur. Just let us come and do our work.”

The video was shared on a Facebook page named Bharatiya Mahila Morcha Thalassery constituency, from where it was shared about 28,000 times. Few other Facebook pages too shared and slowly this video also found its way to WhatsApp, reported The Hindu.

The Indian Army was quick to respond on the said video and had confirmed that the guy is an imposter disguised as an serving Army personnel, a tweet from the official handle of The Additional Directorate General of Public Information, on Sunday, issued a warning against an imposter spreading misinformation about rescue and relief efforts underway in the state.
In a tweet, The ADG PI appealed to the public to forward disinformation about the Indian Army to their Whatsapp number +917290028579 “We are at it,” the tweet reads 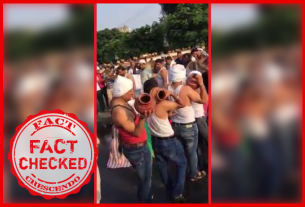 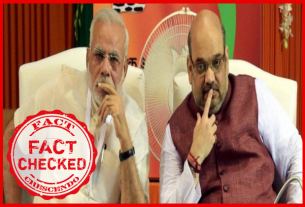 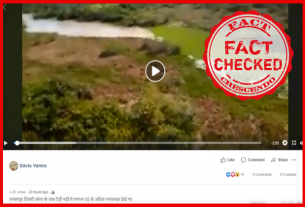