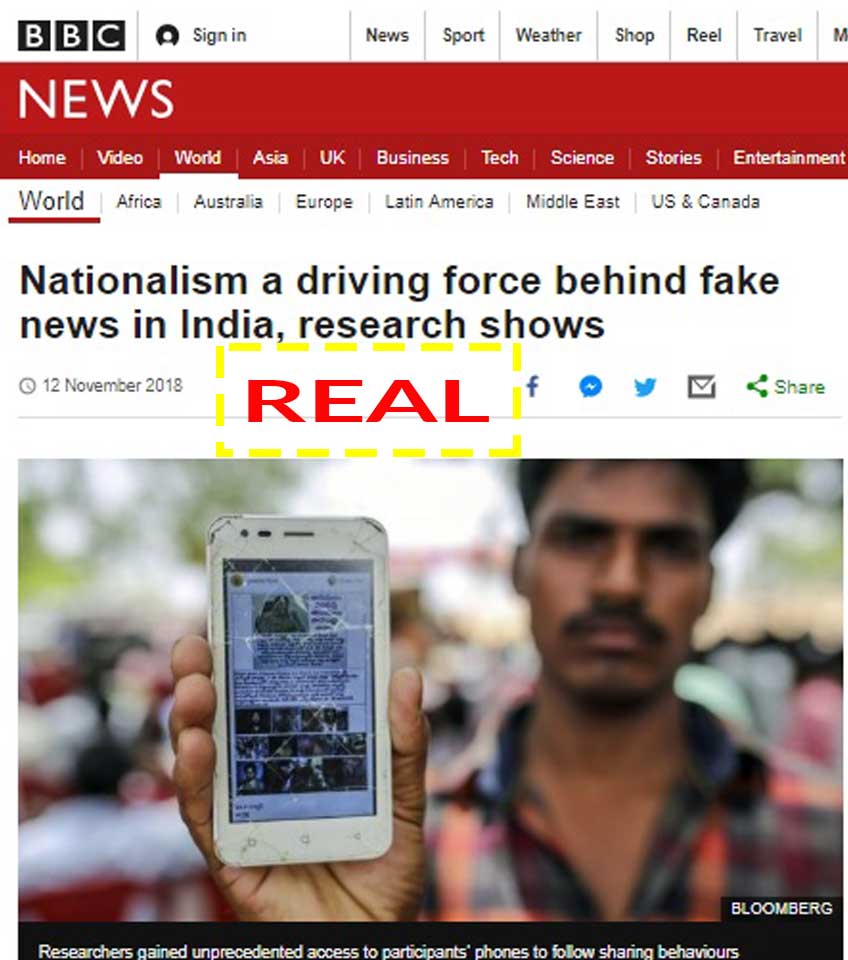 Recently online a BBC research which concluded that a rising tide of nationalism in India is driving ordinary citizens to spread fake news, has created a buzz on social media and WhatsApp. 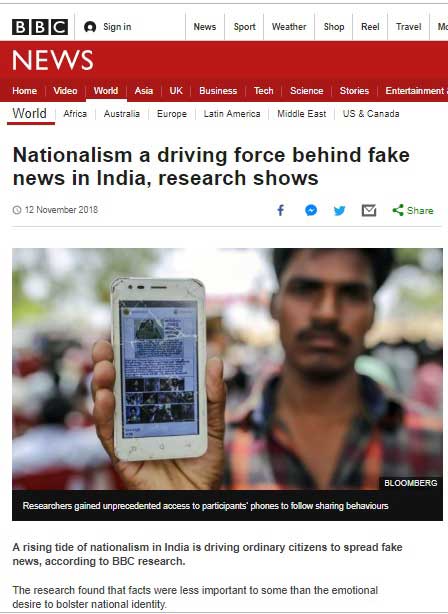 Our readers can read this BBC article here. 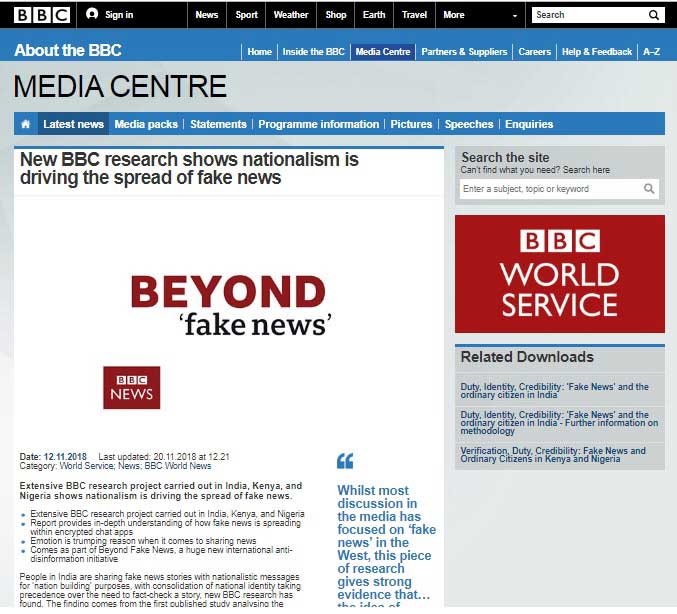 Our readers can read this BBC article here. And they can download the BBC research report from here.

Fact Crescendo team did a fact check on this issue. We did Google Reverse Image search and researched online to track the story and comments being made on various websites and social media.

To make our readers aware of various sides to this story, we found the following:

Our readers can read more about these key findings here.

BBC conducts a monthly opinion poll to assess "Public perceptions of the impartiality and trustworthiness of the BBC (June 2015)". In nation with a population of 66.57 million (how many of them are BBC viewers?) its sample size is 1000).
See https://t.co/M71wh14ITc 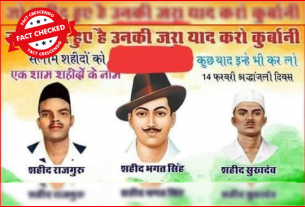 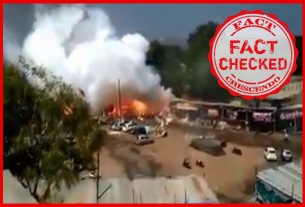 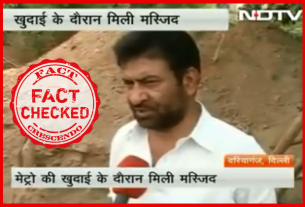