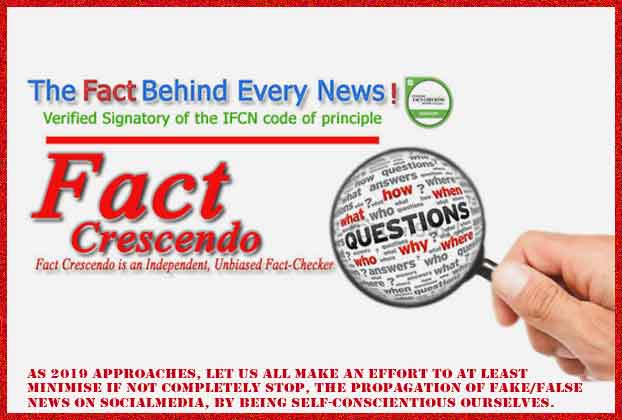 2018 would become synonymous with controversy. This year the news cycle of controversial stories reached its ‘Crescendo’.

We selected a list of articles which we felt highlighted the tone of the year 2018, in terms of controversy they generated in news cycle and social media. These were of course nearly all political in nature. As Lok Sabha-elections approach in 2019, it is important to look back and see what was talked about, who was controversial and what can we learn as go into the Lok Sabha election news cycle next year.

Overall 2018 was an eventful year for all of us. Fact Crescendo started its journey, we became verified signatory of the IFCN code of principles; Facebook & WhatsApp became a part of the problem and then slowly started striving to become responsible for a solution, fact checking slowly gained traction & started becoming a norm in news media ecosystem in India, and then suddenly a demise of India’s loyal & towering son in this climate of political divisiveness, bought a pause… we all shed a tear for Shri Atal Bihari Vajpayee. After a short pause, the cacophony started again.

And now as 2018 reaches the peak of its own ‘crescendo’ (pun intended!), our Fact Crescendo team collected a list of such stories, which were controversial and went viral on social media & WhatsApp this year.

These stories were shared & talked about a lot on social media and sometimes on regular news media channels also.

These articles below were selected due to the amount of conversation these topics attracted on social media and news cycle in 2018.

A farmer in Rajasthan being strapped, held captive and beaten in public – Fake or Real?

Fact Check: WhatsApp Message On Motive Of PSO Shooting The Wife & Son Of A Judge In Gurugram

“FACT ALERT: Picture of CEO Of Twitter Jack Dorsey Holding An Anti-Caste Poster can be misused”

Politics and Religion Based Controversial Stories:

Following articles were selected due to fact that they went viral, amount of mentions in various news media channels online and sharing on social media and WhatsApp by people. These articles primarily deal with Politics or Religion and sometimes both topics entwined together.

We caution our readers that some of the articles shared below might offend their sensibilities.

Fact Check: A Muslim boy is mercilessly beating a Naga Sadhu in Dehradhun.

While The Whole Nation Paid Tribute To Shri Atal Bihari Vajpayee, Aurangabad Municipal Corporation Resorted To Violence, Find Out Why?

Is Indian Currency Being Printed In China, As Claimed By Some Indian Politicians And Media?

Kerala flood: Man refuses to accept a saffron life jacket, dies as a result, a cooked up story!

These stories sum up the controversial year 2018, even though looking back, these stories were pushed for propagating confirmation bias and at that time when they went viral, they were shared by many people who either believed in them or shared them irrespective due to biased intents.

Our readers can themselves see that politics and religion based stories dominated the news cycle in 2018. In India, even though ideally Politics and Religion need to be separate but due to our convoluted history as a nation, they do remain integral in grassroots politics. We can only hope for and work towards a better and more inclusive 2019.

As 2019 approaches, let us all make an effort to at least minimise if not completely stop, the propagation of fake/false news on social media, by being self-conscientious ourselves.

We also hope, our readers appreciate the efforts of not just Fact Crescendo team, but all those fact checking websites which have continuously tried to educate and make people aware, about false & misleading stories or narratives shared in 2018. 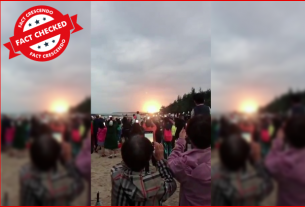 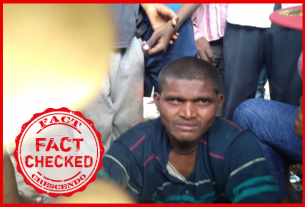 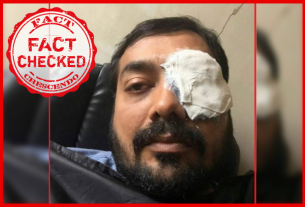