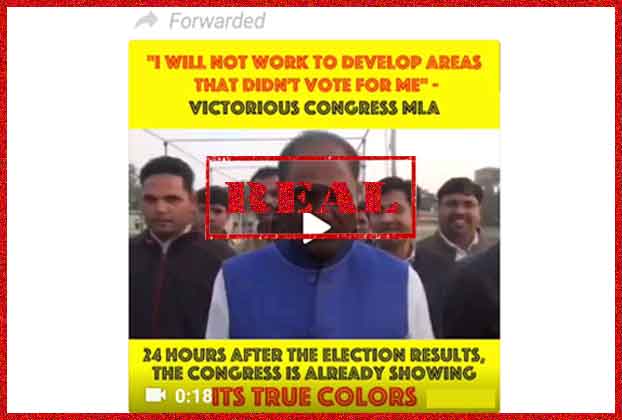 Recently on various WhatsApp groups and social media, the controversial comments from Rajender Singh Bidhuri, the newly elected Congress MLA from Begun of Chittorgarh district in Rajasthan, are being shared. 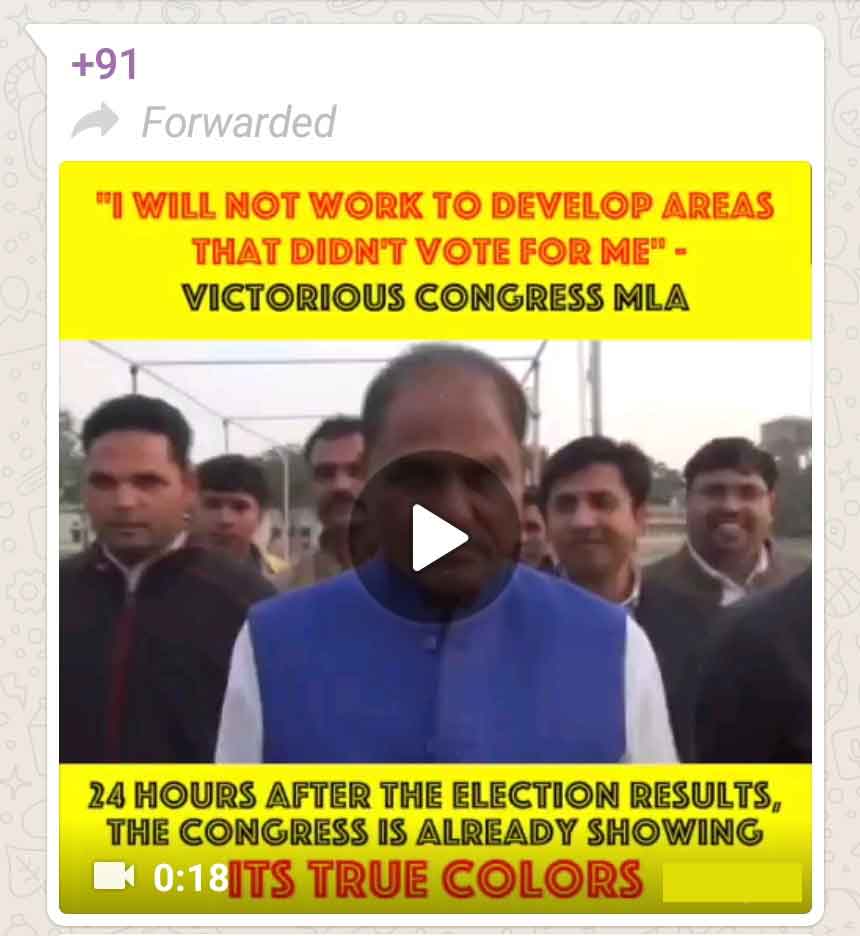 
This video is being shared to build a narrative against Rajender Singh Bidhuri & Congress party as a whole.

Congress leader Rajendra Singh Bidhuri
will work only for those who have voted him to power and not for those who were against him in the constituency.

Fact Crescendo team did a fact check on this issue. We found the following:

“Interviewer: What would be your political strategy going forward?

Rajender Singh Bidhuri: We have won and we would do work for the people. We would do development.

Interviewer: What type of development would you do?

We would leave those booths (polling booths). What is there? we don’t have to fight (elections) for another 5 years..right?

Our readers can easily see that the MLA Rajender Singh Bidhuri did say emphatically that development would only happen where they have won the elections.

Our readers can also check other articles available online on this video:
Opindia.com
Newsroompost.com 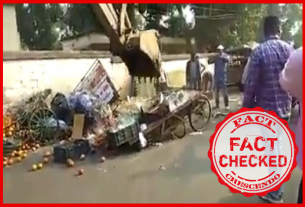 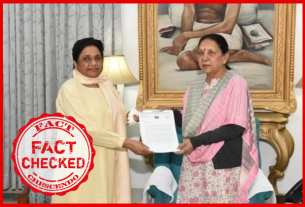 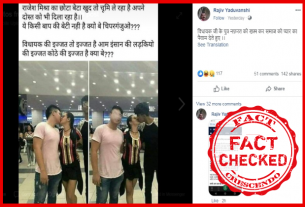