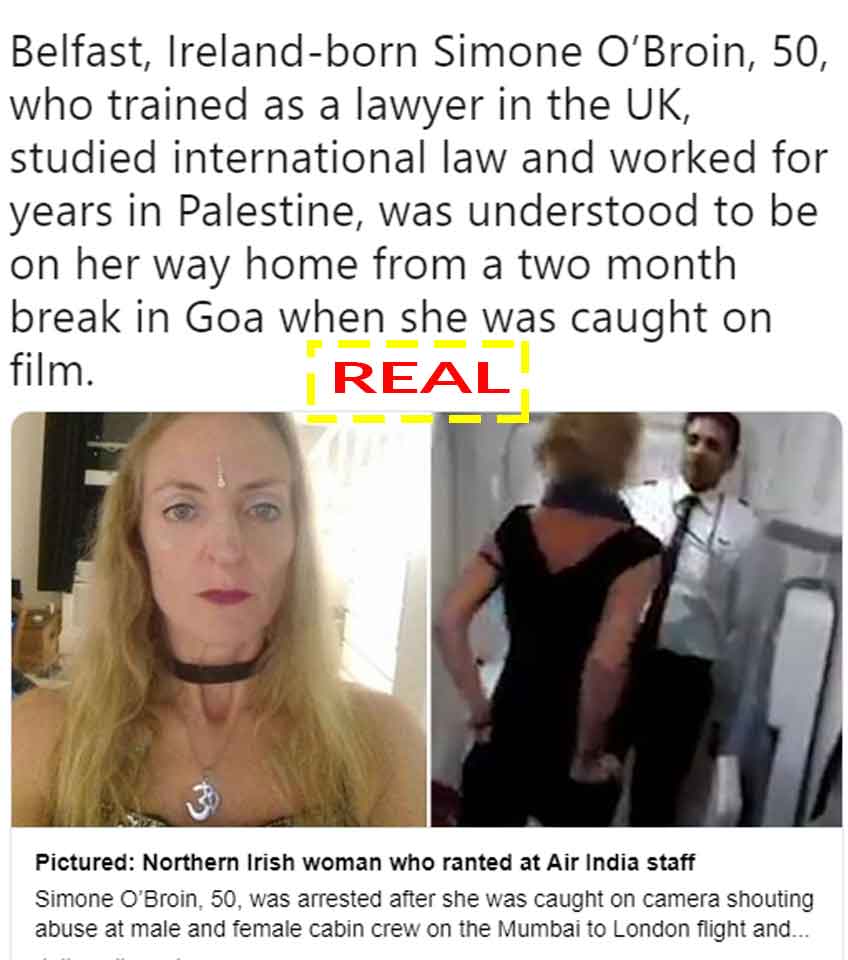 Recently on FOOTAGE of a 50-year-old ‘Irish’ woman abusing Air India crew after she was denied alcohol on a flight from Mumbai to London Heathrow has gone viral.

In several videos taken onboard, the woman – wrongly identified as an Irish national by Indian media- appears to abusively rant at Air India crew and pilot after cabin crew’s refused to serve her any more drinks.

Our reader Hemant Kumar Bisht, requested us to fact check this incident by forwarding us a twitter post:

See how this Irish lady working for some Human Rights NGO misbehaved with the Air India crew after she was refused another glass of wine.
The crew stopped serving her alcohol because she was heavily drunk.pic.twitter.com/NWSntTbALD

***Warning: The links and video’s contain explicit language which some readers/viewers might find offensive. ***

Irish women drunk on Air India Flight: I am Surprised that the Cabin Crew did not Physically Restrain this Pissed-Drunk International Criminal Lawyer and Restrict her to her Seat when she started this Drunken Rampaging Act? Only because she is European? https://t.co/8wcrWFN301

Belfast, Ireland-born Simone O’Broin, 50, who trained as a lawyer in the UK, studied international law and worked for years in Palestine, was understood to be on her way home from a two month break in Goa when she was caught on film. https://t.co/LTfNpL4TMO

#WATCH An Irish national on board Air India London-Mumbai flight verbally abuses the crew after she was refused more wine. The incident took place on November 10. (Note: Strong language) pic.twitter.com/bdZWico5Qq

Fact Crescendo team did a fact check on this issue. We did Google Reverse Image search and researched various WhatsApp groups, Facebook & Twitter handles to check the veracity of the claim. 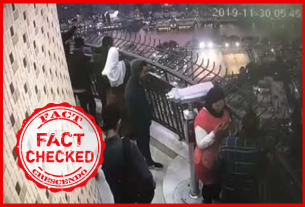 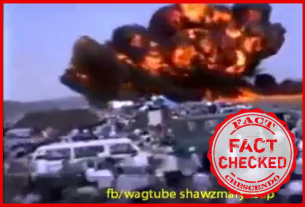 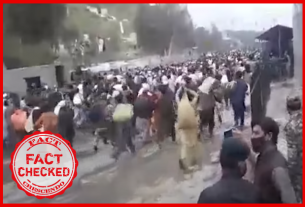