Delhi CM, Arvind Kejriwal retweeted a tweet by Amit Mishra (verified twitter handle) with a video showing a BJP leader being trashed by public on a street.

“Even though Modi government has completed 4 years but public is giving back to local BJP leaders what they received in these last four years. Watch this video to see what happened after a local BJP leader visited the local community.”

As per our investigation,this video was NOT from Delhi as implied and was NOT a recent video.

On 5th October 2017, the news channel Times Now uploaded this video on their website.

And, On 5th October 2017, Times of India reported –
“KOLKATA: BJP‘s West Bengal unit chief Dilip Ghosh was allegedly heckled on Thursday by the supporters of expelled Gorkha Janmukti Morcha (GJM) leader Binay Tamang, who had warned the leaders of the saffron party to leave Darjeeling without disturbing peace and stability.

The incident took place during Ghosh’s three-day visit to the hills following unrest over the demand of a separate state.
Tamang’s supporters staged a protest demonstration against Ghosh when he reached Darjeeling. Ghosh, however, refuted the allegations that he had come to the hills to foment trouble. The Kharagpur MLA called Tamang a “traitor”.

Ghosh was welcomed by ‘Go back’ slogans and black flags by the Binay Tamang supporters. His aides were allegedly physically attacked. Dilip himself took shelter in the Chawk Bazaar police station. Later the party cancelled its three-day programme. Ghosh blamed the ruling TMC for the incident.”

In nutshell, this video has been used to give a misleading impression to public and create a biased image against a political party. 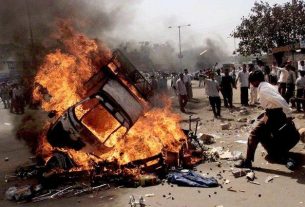 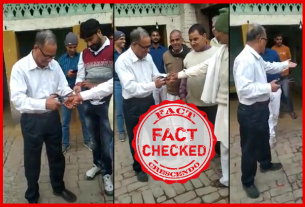 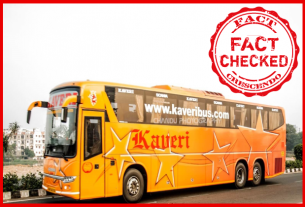